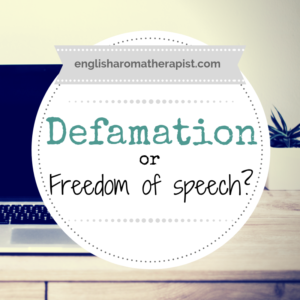 Let me start off with a quick question…

Personally, I don’t. That’s my opinion, and I am legally entitled to it.

If you’re looking for a summary of what happened, it’s this: I published a blog post that called out Dr Z for promoting advice about essential oils and cancer. When he found out, he called me an internet bully, claimed my post is defamatory and threatened to take legal action.

I’ve decided to make the story public to demonstrate what happens when you try to call someone out on their own BS. All correspondence is published in full, so you can read it and make up your own minds. 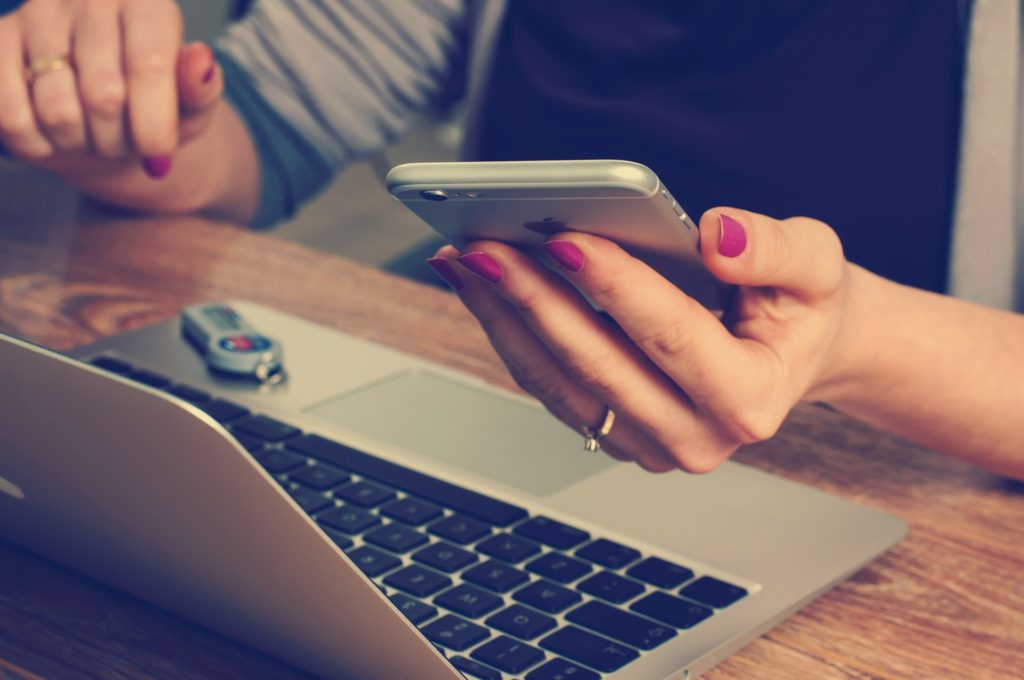 Last week, I published a blog post called Essential Oils and Cancer. In this post, I discussed some of the outrageous misinformation that’s out there when it comes to “curing” cancer with essential oils.

Now, anyone who is familiar with my blog will know that I am all for championing holistic options where appropriate. As I explained in the article, it’s certainly feasible that there are natural cancer cures out there, and it’s exciting to consider how much more we’ll know in future. But, for now, there simply isn’t enough research to say that essential oils cure cancer (or prevent cancer).

Making outlandish claims about essential oils only threatens the credibility of the aromatherapy industry.

I needed specific examples for my blog post, so I included a link to “Dr Z” a.k.a. Eric Zielinski (or perhaps we should call him “Chiropractor Z”?)

I took a direct quote from his current website, which reads:

I believe his advice is encouraging people to believe they can self-cure cancer using essential oils without any medical intervention. In my opinion, this is misleading, irresponsible and unethical.

To be honest, I don’t even know how he gets away with selling a program (for $97) called “Beat Cancer God’s Way”.

The focus of my Essential Oils and Cancer post was NOT Dr Z. His inclusion was merely an example of the kind of cancer-curing advice that’s online.

But the following day, I received a message from Sylla Sheppard-Hanger, owner of the Atlantic Institute of Aromatherapy. I was already aware that Dr Z had been studying with Sylla for some time, which only made it more perplexing that he was still promoting this kind of unethical advice.

(For the record, I did not want to drag Sylla into this post, but I can’t really tell this story without including her. It was only because of her message that I emailed Dr Z)

The party line was that Dr Z had recently qualified as an aromatherapist and was now a changed man. Apparently he’d realised the error of his ways and no longer promotes the MLM-style advice of his past.

Sylla jumped to Dr Z’s defence, saying “you will have a hard time finding anything other than old videos as all his material has been revised! I would appreciate if you could clear that up”

That seemed odd, seeing as the quotes and information I’d taken were from his current website. And that same week I received an email newsletter from Dr Z which described Lime essential oil as “cancer-fighting”. To me, it didn’t seem like I was dragging up old information.

After Sylla’s message, I thought it was only fair to contact Dr Z directly to ask for his perspective. So, does he still stand by this advice or not? Am I dragging up old information? Let’s hear it straight from the horse’s mouth. Only fair to give the guy a chance to defend himself, right?

Let me be clear – I was NOT interested in starting a war with anyone. The only reason I contacted Dr Z was because Sylla suggested that he no longer promoted cancer-curing advice.

So, I sent a polite email, which you can read below (Incidentally, it’s not easy to contact Dr Z directly – my initial email was answered by a member of his “Customer Happiness Team”, where I was told I could find out more by paying to sign up to Dr Z’s online community)

I received a detailed reply from Dr Z, which basically confirmed everything I had written in my original blog post.

For complete transparency, I’m including all the correspondence in full. You can read it all for yourself and make up your own minds.

To summarise, Dr Z asked me to “back off and not be an Internet bully”. Apparently he found my post “not only inaccurate, but extremely offensive and defamatory” 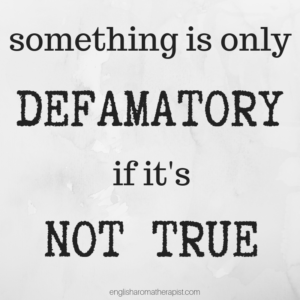 In his email, he said “I take ethics very seriously”. In that case, I would say he is treading a fine line.

Interestingly, he later said “There’s nothing unethical of me stating my opinion”. Well that’s funny, because I am equally entitled to state MY opinions, too. Nothing defamatory about that.

What happens when you question someone like this? They get defensive. He said “I would request that you keep me out of your blog posts and from using defamatory comments and posting smear campaigns on your website”

I felt Dr Z’s response was pretty defensive and aggressive. He’s passionate – I get that. But to claim my blog post is defamatory? Not wise.

I explained that “my only intention for contacting you was to ask if you still stand by the cancer advice that’s promoted on your website. Sylla claimed I was just dragging up old information. What’s clear is that everything I wrote in my blog article is factually true, and I am not misquoting you at all.”

He replied back, saying

“Everything you wrote below and everything on your website that I’m referring to is the perfect example of defamation and Internet bullying…If you continue to misquote me and put words in my mouth on your blog, I will be forced to take legal action. Please consider this a fair and professional warning.”

…are you sure it’s ME who is the bully here?! 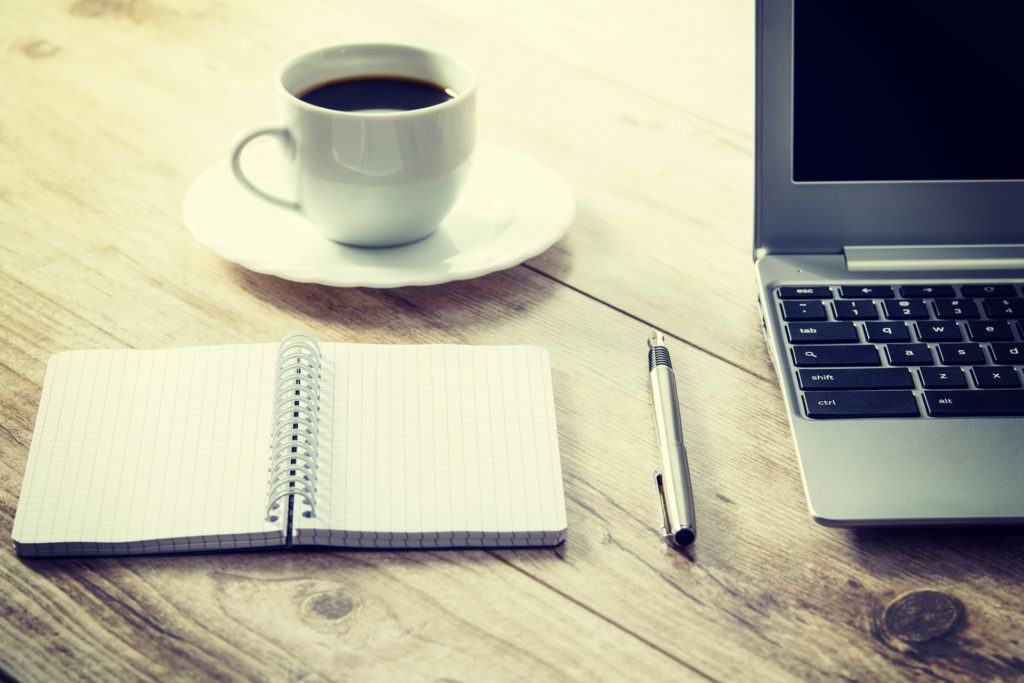 Later that same day, Dr Z filmed a heartfelt Facebook Live video about how he was being “attacked” by fellow bloggers and aromatherapists. He said people are trying to “silence” him with “hate mail” and “smear campaigns”.

Well, it’s hardly a “smear campaign”, is it? All I did was take a quote from your website.

Ever heard of the Streisand effect? It’s where an attempt to censor information actually ends up publicising it even more widely. This is a classic example. I would have been happy to drop it, but by launching into a tirade about defamation and threatening legal action, I’ve decided to go public with the whole thing. Now everyone can read it and make up their own minds.

As for trying to “silence him”, if anyone was being silenced, it was ME! It’s my blog, and I’m entitled to write my own opinions. In 14 years of working in the beauty and holistic therapy industry, I have never experienced behaviour like it.

Just to clarify – someone who is selling a program called “Beat Cancer God’s Way” is calling ME unethical?

And someone who is threatening me with legal action is calling ME a bully?

Fans of Dr Z claim he has reformed his ways and is now a reliable source of information. Apparently he is working through his website to update the information in accordance with Sylla’s advice.

I would question why – if this is true – is it taking him so long to do this? There are still LOADS of posts on his website about cancer and essential oils. The “Beat Cancer God’s Way” program is still available. The messages he is giving out are extremely mixed. One minute he’s telling us that safety is his no.1 priority. The next minute he’s telling us to ingest Frankincense to prevent cancer.

Look, I have nothing against Sylla. She’s been in the business a long time and I totally respect that. If she wants to continue defending Dr Z, that is entirely up to her.

But if Dr Z wants to be taken seriously, he needs to get his story straight.

Let’s end on a positive note by finding some good things out of this situation.

UPDATE JAN 2019: Since publishing this post, I have been sent several private messages and screenshots from people who have had similar encounters with Dr Eric Zielinski. In addition, I have been sent interesting evidence from Martin Watt (of Aroma Medical) who was threatened in a similar manner after reviewing Dr Z’s “Essential Oil Revolution Summit”. Martin has granted permission for me to share this information (read more about his experience here). It seems Dr Z has form in the way he deals with criticism or attempts to expose his credibility.