Anti-depressants: The only answer? 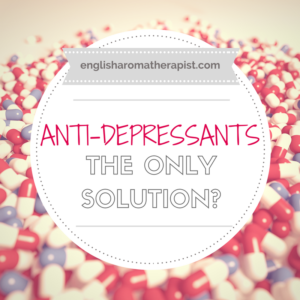 Before I’m besieged by haters, I want to start off by clarifying a few points:

So, now that we’ve cleared that up – let’s talk about stress, anxiety and depression.

Please note: all references to studies/sources are shown as highlighted text

Life is stressful — it always has been, and a certain amount of stress is normal.

It would be impossible to go through life without experiencing periods of stress – from sitting exams to bringing up children and forming relationships, life will inevitably have its ups and downs.

It’s completely normal to feel anxious sometimes, and a world completely devoid of stress would be a pretty boring place. But we’re now in a situation where chronic stress has become something of an epidemic. In the UK last year, 17 million working days were lost due to stress, and a new case of work-related stress, anxiety or depression was diagnosed every 2.1 minutes. It’s fair to say that stress has hit an all-time high.

In the UK, the number of antidepressant prescriptions handed out by doctors has DOUBLED in the last decade. In fact, antidepressants experienced the “greatest numeric rise” of any drug class in 2015, according to the Health and Social Care Information Centre.

The most commonly prescribed types of antidepressants are known as SSRIs (Selective serotonin reuptake inhibitors). These include Prozac, Seroxat and Cipramil, among others. 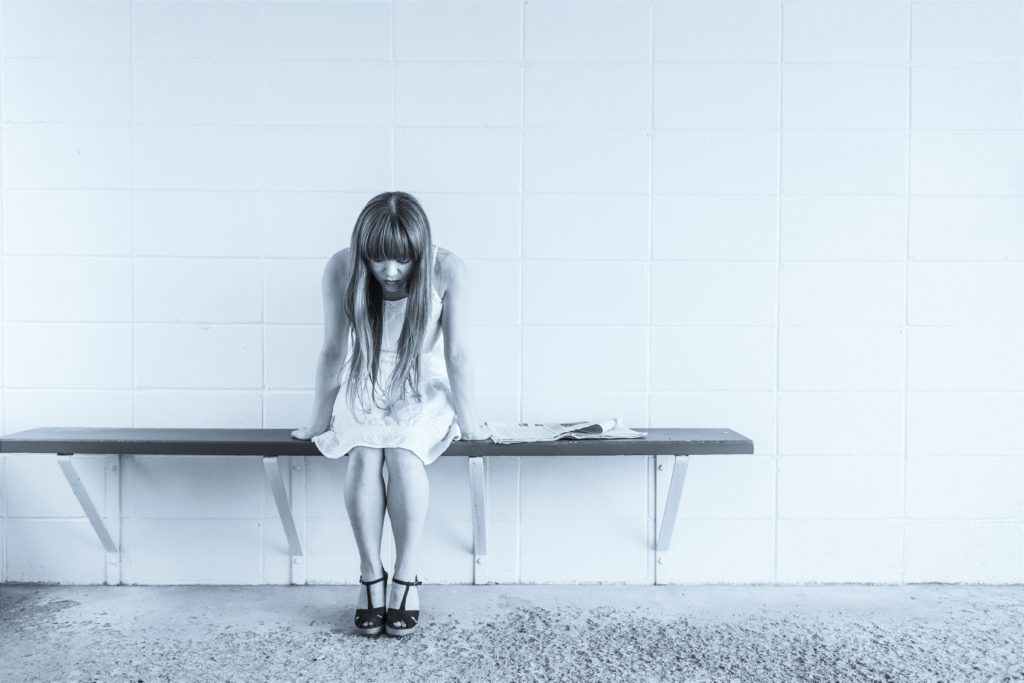 Why is this happening?

There are various theories about our increasing reliance on antidepressants. Is our mental health genuinely deteriorating, or do these statistics simply reflect the reducing stigma about seeking medical advice for emotional problems?

Some believe the nation’s declining mental health is a knock-on effect of austerity – from NHS cuts, reductions in benefit payments, rising poverty and the loss of public services. In the poorest areas of the UK, a staggering 1 in 6 people is taking antidepressants, suggesting a link between low income and poor mental health.

It’s thought that social media contributes towards rising levels of teenage anxiety and depression, as millions of young people are growing up with an intense pressure to live up to “Instagram-perfect” lifestyles. Self-esteem is being shattered by the futile, but addictive, tendency to compare our flawed lives with the heavily edited, unrealistic and photoshopped posts of others online.

…could it be that our mental health is NOT getting worse, but that it’s now more socially acceptable for people to seek medical advice for stress, anxiety and depression?

Millennials are accustomed to seeing high-profile bloggers talking openly about anxiety, from Zoella to Tanya Burr. All over the world, bloggers are posting selfies of themselves with pill bottles under the hashtags #medicatedandmighty and #EndTheStigma.

“You wouldn’t think twice about seeing the doctor for a broken leg”, we’re told. “So why wouldn’t you see a doctor about your mental health?”

It’s true that, in the past, people felt reluctant to seek advice about emotional problems. Raising awareness of mental health issues is undoubtedly a positive step forward. But we’ve now almost reached the other extreme – we’re constantly told that we “need” medication for any emotional problem, no matter how big or small. Have we become conditioned into thinking that any type of anxiety or depression necessitates a prescription for antidepressants?

Is our antidepressant culture actually a reflection of the current health service in the UK? Are patients simply prescribed antidepressants due to a lack of other options? GPs are under pressure to solve our problems within a 10-minute appointment slot. An in-depth discussion of mental issues takes time – it’s clearly far quicker and easier to print off a prescription for antidepressants than it is to explore other options. Waiting lists for alternatives like CBT (Cognitive Behavioural Therapy) are often vastly oversubscribed, with reports that some patients wait over a year to receive treatment. From a GP’s point of view, it’s easy to understand why they feel it’s preferable for the patient to leave with a prescription in their hand – it’s a proactive step towards getting better. The patient feels vindicated and satisfied that something is being done.

So, what’s the problem?

As I stated at the beginning of this post, I am not against antidepressants per se. There is clearly a time and a place when they are required. But are they being dished out too easily?

For many people, antidepressants won’t help – and they might even make things worse. It’s estimated that 1 in 4 patients actually become more anxious, rather than less, as a result of taking these medications.

Of course, many people find that taking antidepressants DOES help – so, is this justification?

Maybe, if it wasn’t for the alarmingly long list of nasty and dangerous side-effects. Common adverse reactions to SSRIs include “feeling agitated, shaky or anxious”, nausea, vomiting, digestive problems, dizziness, blurred vision, dry mouth, insomnia, excessive sweating, low libido and headaches. Paradoxically, some antidepressants can actually increase the risk of feeling suicidal or wanting to self-harm, particularly for those aged under 25.

Is this really a risk worth taking?

SSRIs are not officially recommended for children and young people with mild to moderate depression. Despite this, thousands are prescribed these drugs every year.

Antidepressants are designed to provide temporary support in the short-term, but many patients find themselves taking them for years. Withdrawal can be difficult, with symptoms lasting for weeks.

We’re commonly told that depression is a clinical disease that requires medication in the same way as diabetes, high blood pressure or other such disorders. In reality, research has found that the “chemical imbalance” theory is actually a myth propagated by pharmaceutical companies. Read this fascinating article about how drug companies are making billions of dollars on the basis of flimsy science. Make no mistake – antidepressants are a lucrative industry, with an estimated global value of over $14 billion. Is it any wonder we’re being conditioned into “needing” them?

The “chemical imbalance” myth could encourage some people to take the drugs who otherwise wouldn’t. It is a decision that shouldn’t be taken lightly, because antidepressants can have downsides. – New Scientist

Do they even work?

It’s difficult to trust the scientific evidence when so much research is funded by the pharmaceutical companies themselves. If you have a “solution” that can be sold for billions of dollars, you need to fabricate a “problem”.

We’re told that depression is caused by a chemical imbalance that can only be treated by taking more chemicals. But studies show that SSRIs are no better than taking a placebo. In fact, there is no evidence that depression is even caused by low serotonin levels, which casts doubt on the entire basis of how SSRI drugs work.

Exercise has been found to be just as effective at treating depression as antidepressants, with the added benefit of increased fitness and no nasty side-effects.

Of course, it’s far easier to take a pill. There’s also a lot more money to be made by going down the medication route. Unwanted side-effects only serve to expand the opportunity for more and more drugs. Antidepressants give you headaches? Here, take these painkillers.

Let’s not even get into the complex financial deals that doctors have with pharmaceutical companies. To cut a long story short, you’re not always necessarily prescribed what’s best for YOU. Are antidepressants right for you?

But we don’t necessarily need medication for emotional problems. Of course, these are real problems and need some form of treatment. That is not up for debate. But there are so many OTHER alternative options that can really help with stress, anxiety and depression – options that DO work and come without the risk of harmful side-effects.

There’s no easy answer or “quick fix” to emotional problems. It’s about finding something that works for you. Everyone’s different – what works for one person might not work for another. People often find they need to switch between different types and doses of antidepressants to find what works for them. The same applies when searching for non-drug options – there is no simple answer or “cure”.

Unfortunately, the term “alternative therapy” is sometimes associated with hocus-pocus quackery. But it doesn’t necessarily need to involve crystals or whale music. There are dozens of non-drug ways to boost your mental health and find relief from anxiety and depression.

Aromatherapy is a proven method of improving mental health, and can be effective in the treatment of stress, anxiety and depression. It’s an easily accessible form of self-care that has virtually no side-effects if used correctly. In October this year, it was reported that more than 15 clinical trials found that lavender capsules were just as effective at easing anxiety as prescription medications.

There are hundreds of other scientific studies that prove how essential oils can help with conditions like stress, anxiety and depression – check out Where’s the Scientific Proof? for more details.

But if aromatherapy is not for you, there are plenty more options. Not all alternative therapies take place in a spa setting. Recently, we’re hearing more about the benefits of cold water swimming, following the brilliant and eye-opening documentary The Doctor Who Gave Up Drugs (BBC1).

Mindfulness and meditation have surged in popularity – in fact, the mindfulness app Headspace now has over 3 million users across 150 countries.

From singing therapy to gardening therapy, there are so many ways to tackle anxiety and depression without drugs. When everything else failed, bestselling author Marian Keyes found solace in baking therapy. (UPDATE OCT 2018: GPs in Scotland are now prescribing spending time in nature to help with a range of conditions, including mental health)

Sometimes all you need is someone to talk to. There is a growing body of evidence showing that “talking therapies” like CBT should be the first step in treating depression, particularly for those aged under 30. Similarly, the National Institute for Health and Care Excellence (NICE) advises that antidepressant pills should not be the first port of call for mild depression, instead advocating self-help and lifestyle changes regarding sleeping patterns, diet and exercise.

Isn’t it time to rethink our approach to anxiety and depression? Raising awareness of mental health is undoubtedly a positive step forward. But in the same way that the medical industry has been forced to reassess its use of antibiotics in the face of a resistance crisis, perhaps we also need to step back and reconsider our reliance on antidepressants. Are we being misled by the pharmaceutical industry?

What do you think? I’d love to hear your thoughts on this. Let me know in the comments below!

What to read next: Wintergreen Oil: Safe or Toxic?

6 Responses to Anti-depressants: The only answer?